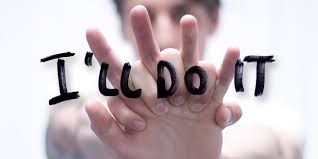 Who can say they saved somebody’s life?  Wow.  You go!

Matt began enduring health hardships twelve years ago, when he was diagnosed with primary sclerosing cholangitis (PSC), which, then, leads to liver failure.  Doctors told Matt that he would need a liver transplant within ten years.

In 2010, Matt was added to an organ transplant waiting list; Jen began a Facebook page to pass on the word….but, nothing materialized.  The couple’s anxiety strengthened. Matt grew worse in 2014.

Then, the brilliant idea of researchers came to the surface and, they asked the Mrs. if she would be willing to have her liver checked to see if it was a match.  Well, sure enough, it was a match!

‘You may think it’s rare, but it’s actually common for spouses to be matches for both kidney and liver transplants, said Dr. David C. Mulligan, chief of transplantation and immunology at the Yale-New Haven Health Transplantation Center.’

February marked two years since the successful surgery.  “I feel that God put us together for this reason and now we’re one,” Jen said. “I feel closer than ever to him.”

“I saw what he was going through on a daily basis, so I was determined to save him,” she said. “I promised [my daughter] I would save daddy — somehow, some way — and I did.”

‘The organ donation and transplant surgery took place on Feb. 10, 2015, at Yale New Haven Hospital. Matt received two-thirds of Jen’s liver. He started turning back to a normal color within a few days, and slowly regained strength. Jen was very tired after her surgery, but was back at work seven weeks later. Her liver had fully regrown in that time.

Today, Matt says he’s feeling great, “like 110 percent.” He takes anti-rejection drugs and gets routine blood work done every couple of months for basic maintenance. He went back to work two-and-a half months after his surgery.’

A little Oprah is always good.

Need a Laugh? Check out this guy!

Check out even more joyful stuff!

Check out even more joyful stuff!

Are you in need of change?

One of my favs!